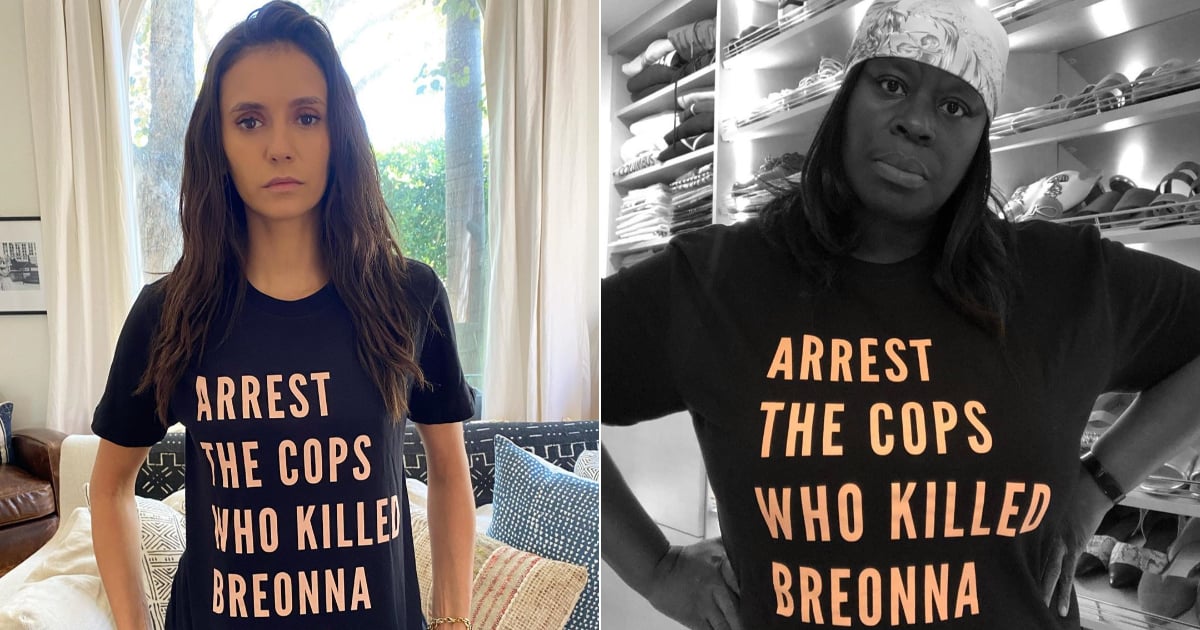 “It’s been 150 days since Breonna Taylor was murdered in her sleep by Jonathan Mattingly, Brett Hankison, and Myles Cosgrove — and her killers have not been charged,” says the Phenomenal Woman action campaign that is teaming up with more than 80 of our favorite celebrities to bring justice for Breonna Taylor with a dedicated $45 t-shirt.

Phenomenal Woman is a campaign that raises awareness and funds for numerous social causes that affect women. The official Justice for Breonna Taylor campaign and t-shirt is a collaborative effort between the Women’s National Basketball Association (WNBA), Phenomenal Woman, and the Breonna Taylor Foundation that are “staying loud, demanding justice for Breonna and her family, and saying her name.”

The Justice For Breonna Taylor T-Shirt ($45) is illustrated by Arlyn García (@arlyn.garcia) and @Grasstaken, with inspiration from Kimberlé Crenshaw’s #SayHerName movement. All proceeds of the 100 percent cotton unisex t-shirt will go toward the Breonna Taylor Foundation.

Ahead, preorder the Justice For Breonna Taylor t-Shirt before it launches on Aug. 31, and check out some of the 80+ celebrities who are saying her name.